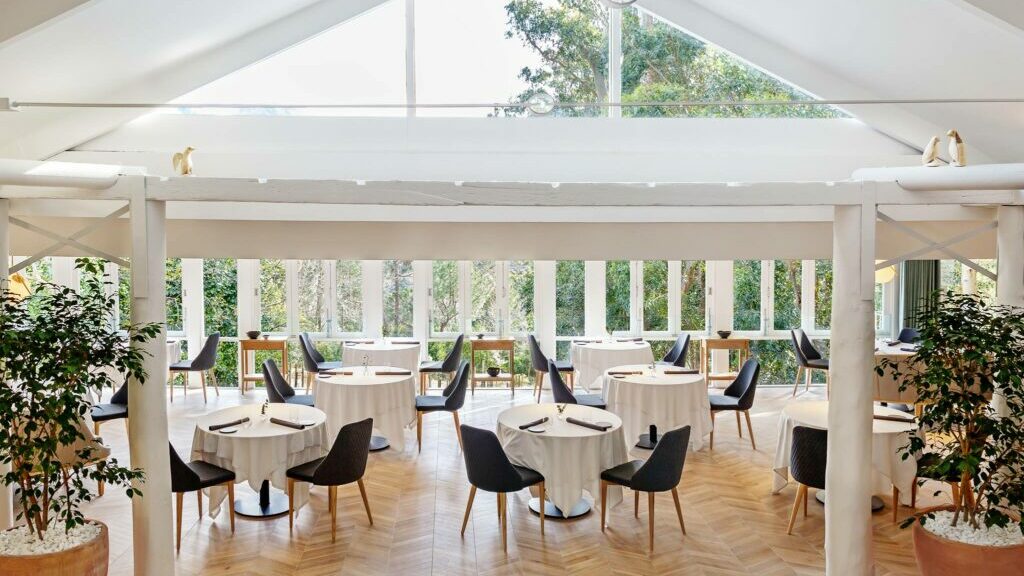 The World’s 50 Best Restaurants has announced its list of restaurants ranked from 51st to 100th. On that list? Two of South Africa’s very own.

In the build-up to the big reveal of The World’s 50 Best Restaurants 2022 list, sponsored by S.Pellegrino & Acqua Panna, 50 Best has released the list of restaurants that have ranked from 51-100, and among them are two Western Cape culinary stars.

The 51-100 list, which was released on 5 July, features restaurants from 22 destinations across the globe and both Wolfgat in Paternoster and La Colombe in Constantia have earned a spot. Positions 1-50 will be revealed on 18 July in London.

Coming in at number 90 is Wolfgat under the helm of Chef Kobus van der Merwe. Situated in the sleepy, coastal town of Paternoster, this seaside restaurant has made a name for itself with a menu that heros local, indigenous ingredients and is inspired by the restaurant’s beautiful, untouched surroundings. The seasonal menu features sustainable seafood, local lamb and venison and seasonal veldkos with flavours of wild herbs and seaweeds from the local rock pools. 50 Best highlights dishes such as the “Saldanha Bay oyster mushroom for a taste of the oceanic West Coast, or springbok loin with kale and sea lettuce”.

Number 56 on the list was awarded to La Colombe, which is located at Silvermist Estate in Constantia, Cape Town. Under the guidance of Chef James Gaag, this luxurious restaurant offers drama and class with its French-meets-Asian fine dining cuisine. Be transported with a theatrical multi-course menu featuring flavours of Malay-style snoek or passionfruit, mussel and tom yum. 50 Best sings the praises for stalwart dishes such as the “smoked tomato, aubergine and pine nut, and petit poussin with crayfish and miso corn”.

Aside from being named as some of the best restaurants in the world, these two culinary gems are also a part of the Dineplan family. We suggest you get your fingers at the ready and make a reservation as soon as possible. Luckily, if you book using Dineplan, you can secure that table in a matter of seconds, meaning that you’ll be dining at number 90 or number 56 in the world in no time!

Congratulations to both Wolfgat and La Colombe. We couldn’t be prouder to be one of their technology partners.

Remember to keep 18 July in your diaries as we wait for the countdown of restaurants 50 to 1 during the live-streamed ceremony in London. We may even see another South African star on the list.

Find availability, book a table at your favourite restaurant, or discover something new.

The freshest foodie news from across South Africa and around the world.

← Father’s Day Deals Nationwide FYN Restaurant named ‘Best in Africa’ and No. 37 in the world →

One of Jozi’s hidden gems: An urban winery in the heart of the city

You don’t have to be in the Cape to visit a working winery and enjoy a lazy afternoon of wine tasting and cheese boards. In the heart of Craighall Park, you’ll find one of Johannesburg’s best-kept secrets – Gerakaris Family Wines. This is the perfect spot to escape the hustle and bustle of the city without ever leaving it!

In the limelight: La Colombe’s zesty and fragrant springtime sorbet

As the lime season draws to an end, we’re enjoying the last of the season’s bounty with a recipe that nods to the arrival of warmer weather and longer days.

Chorus: The silver lining for Bertus Basson and his team

After the sad and sudden news of Overture closing its doors after 15 successful and iconic years, we are thrilled to announce that Bertus Basson and his team will be opening a new restaurant at Waterkloof Wine Estate in a few short weeks.

Book a table at your favourite restaurant

Find availability, reserve a table at your neighbourhood favourite, or discover something new in your city.